What does “Living in Australia” truly mean?

Here’s the complete guide on how to live in Australia: from geography to history, from the economy to culture

Living in Australia: a little bit of geography

Australia is the sixth biggest country of the world, but also the largest island of Oceania. It is divided into six regions – which have a total administrative autonomy and their own capital – and in different territories which, instead, are under the Commonwealth of Australia.

Living in Australia: a little bit of history

Australia was the first country to be populated by aboriginals, no less than 50.000 years ago.

During the period of the British explorations, Captain James Cook landed at Botany Bay in 1770, not so far from the current location of Sydney. Since then, Australia has been exploited as a penal colony and for its resources.

In 1900, the Constitution was ratified, and it was approved the following year. The Federation of Australia was therefore created.

During the First World War, Australia sent troops of volunteers to fight alongside the British. The battle of Gallipoli against Turkey went down in history for the loss of 8000 young Australians.

In 2000 Sydney hosted the Olympics, giving even more popularity to the city and the whole country.

Up to date, Australia is a federal parliamentary monarchy ruled by the Queen, who is represented by the Governor General. It is purely a representative role since the actual power is in the hands of the Prime Minister, currently Malcolm Turnbull.

80% of flora and fauna in Australia does not live in any other part of the world. Australia is, in this sense, a truly unique country and, for many reasons, odd. Just think of the fact that it is the house of the largest living thing of the planet, the Great Barrier Reef, or the fact that the ten deadliest animals live in Australia and that in Australia there are more kangaroos (more than 30 billion) than people (approximately 24 billion today).

Living in Australia: a little bit of culture and tradition

Despite being a relatively recent nation, Australia has its own series of traditions, some of them of Anglo-Saxon origins, while others are typically Australian.

Australia Day, Australia’s official national holiday, is celebrated on the 26th of January to remember the landing of the First Fleet at Sydney Bay, which happened exactly that day, in 1788.

Australia is a country of symbols: the flower which symbolises Australia is the mimosa, while the two animals represented on the national coat of arms – the red kangaroo and the emu – have been chosen because they cannot walk backward, only onwards. The official colors of Australia are gold and green.

Is living in Australia your dream? Contact Australia Way Agency!

Our staff is always available to answer your questions, to help you make your dreams come true. 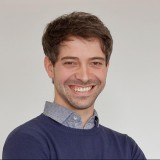 Did you take a good coffee today? Happy Sunday fro

Is your VISA expiring soon? Get VISA EXTENSION on

Whatever you’re up to this Friday night, we hope

Australians have made incredible advancements arou

The weekend is almost here so hang in there! . . .

Are you looking for a course to get a sponsor and

A tidbit of Australian trivia for you! 🇦🇺 .

#Repost @australia ・・・ Now, this is our kind

"A mother's arms are made of tenderness and childr

That's right, we're here to help you the whole way

For those in Queensland and the NT, remember it's

Just one of Australia's greatest treasures. Have y